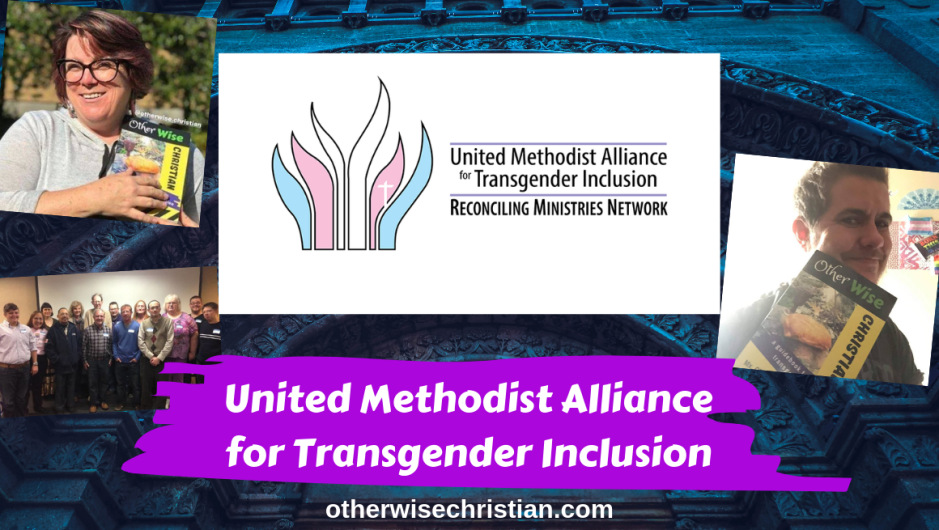 After several high-profile cases of transgender clergy in the United Methodist Church, the Reconciling Ministries Network (RMN) began working to develop a “Transgender Extension Ministry” (they already had several around other demographics). There was a retreat in 2012 (led by Alex McNeill who would go on to lead More Light Presbyterians) and the name United Methodist Alliance for Transgender Inclusion (UMATI) was selected in 2015.

I developed relationships in the United Methodist Church prior to this point (Google “Chris Paige UMC” if you’re curious). I was invited to be involved in that first retreat and have been connected ever since. UMATI has a pretty active Facebook group and occasional check in calls, in addition to connecting around RMN and UMC events. There are members on at least three continents.

For a short time, RMN had a national transgender organizer, the Rev Liam Hooper from the UCC, who created a free Trans-Forming the Church video curriculum, which is still available.